In the single Tau[P301S] transgenic mice, hTau (4R0N) is expressed under control of the mouse Thy-1 promoter. Hyperphosphorylation in the model have been extensively characterized biochemically and immunohistochemically, using a multitude of phospho-epitope-specific antibodies such as AD2 (pS396/404), AT100 (pT212/S214), pS396, AT8 (pS202/pT205) and AT180 (pT231) (figure 1). The inter-mouse onset of the pathology shows little variability and strongly correlates with motor phenotype (figure 2).

In recent years the Tau[P301S] model has been proven to be a pivotal model for generating proof-of-concept data. In a paper published in PLOS ONE, Ozelik and colleagues demonstrate a profound effect of short and long term rapamycin treatments on various pathological read-outs in the brainstem and cortex of Tau[P301S] mice (AT8, AT100, GFAP, …) (Ozelik et al 2013).

In another paper published in the Journal of Biological Chemistry, Chai and coworkers show that short term passive immunization with Tau-directed antibodies lead to a preservation of motor function and strong effects on Tau pathology in the Tau.P301S model (Chai et al 2011). 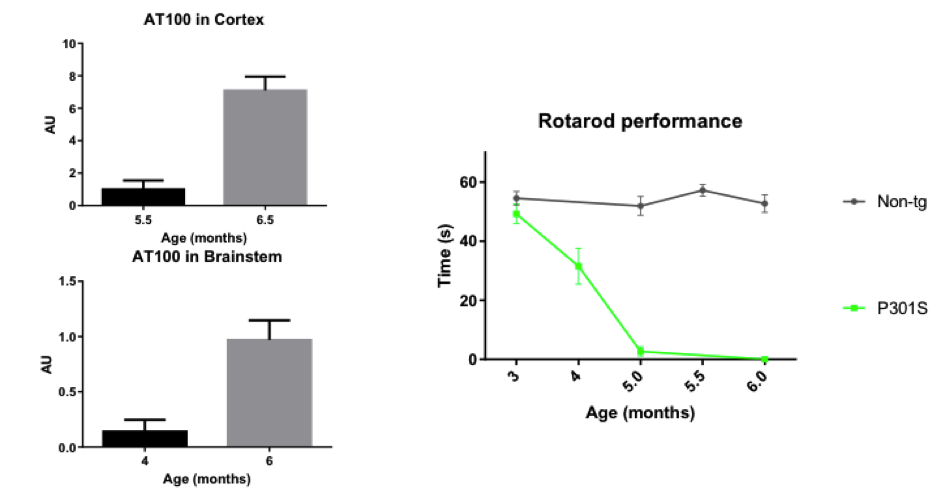 Figure 2: AT100 is measured in cortex and brainstem using biochemistry (left) and rotarod performance (right). Additional quantification data (epitopes or age series) is available on request.

Over the last years inflammatory markers gained more and more interest in the Alzheimer’s disease field. Some papers report an inflammatory response before the onset of Tau-pathology (e.g. Yoshiyama et al 2007). 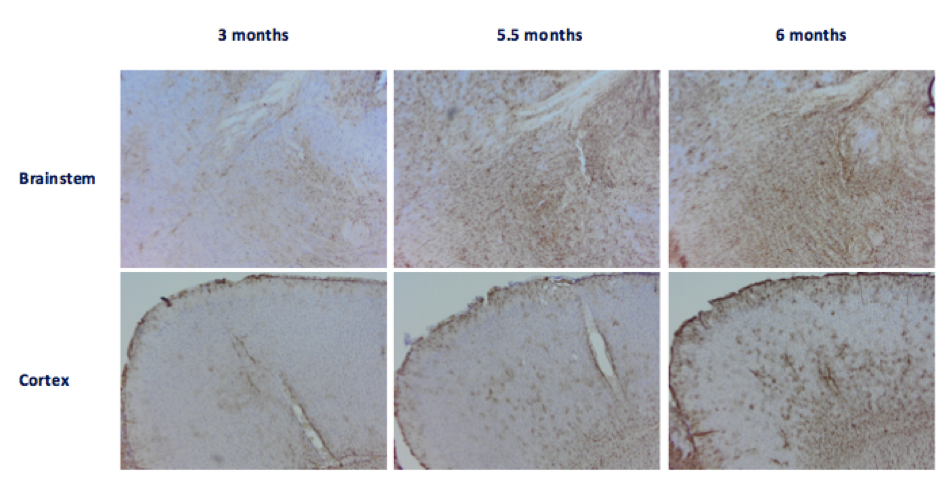 Memory loss is the most prominent clinical aspect of Alzheimer’s Disease. Ultimately, therapeutic interventions will only be valuable to patients if they can prevent memory loss or restore memory function.  Long term potentiation (LTP), a reflection of dendritic spine density and synaptic plasticity, is gaining importance as a functional ex-vivo or even in-vivo read-out related to learning and memory.

Cognition as well as LTP is robustly impaired in reMYND’s Tau[P301S] model in a pre-tangle stage (figure 4). LTP measurements can serve as an excellent tool for efficacy testing of experimental Alzheimer treatments. We offer the LTP read-out in our transgenic models in collaboration with E-PHY-SCIENCE.

Following disease progression longitudinally is one of the major challenges in the Alzheimer’s field, most of which is focused on imaging Abeta or Tau aggregates.

Two-photon imaging allows tracking the formation of aggregates in the same brain-region of a live animal over the course of time. This makes it possible to study the effects of treatment longitudinally in vivo (figure 5). In addition to studying compounds’ efficacy on NFT-formation, this high resolution imaging technique also allows for advanced PK/PD studies with labelled antibodies in the cortex of Tau[P301S] animals. In the course of such studies, it is possible to determine the exact location of the antibody relative to the location of Tau aggregates as well as to quantify the antibody turn-over.

A proprietary data package on the Tau[P301S] model can be obtained upon request. Hereto, and for all other inquiries please contact the CRO team: cro[@]remynd.com